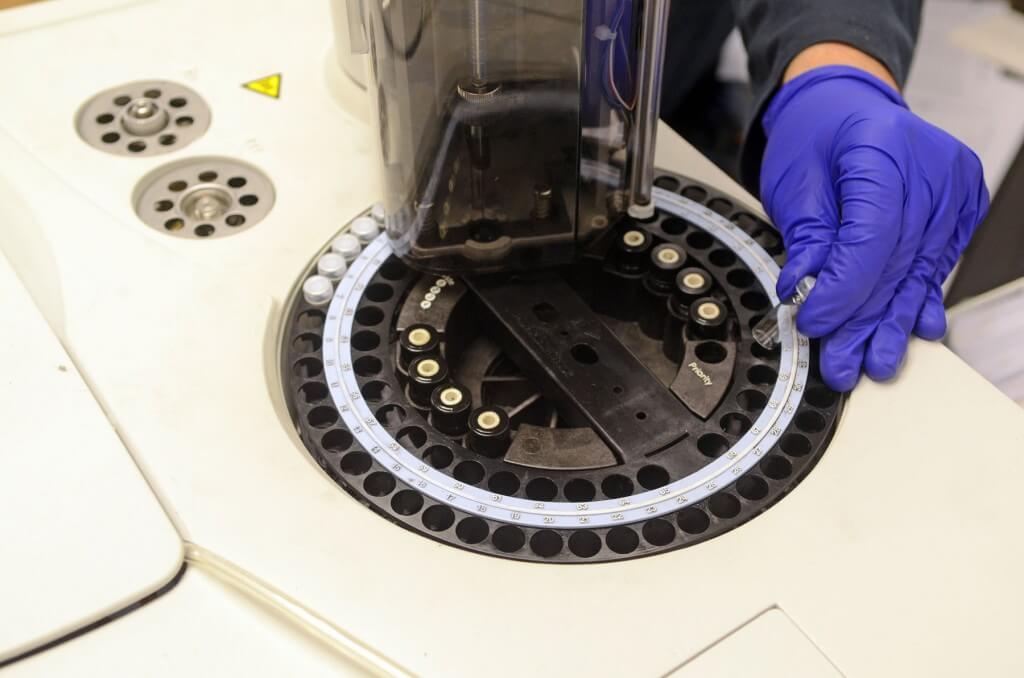 This test measures the amount of fuel present in an engine oil sample.

Fuel dilution indicates the amount of raw, unburned fuel that ends up in the crankcase of an engine. The fuel contaminates the oil and lowers its viscosity and flash point, creating friction-related wear almost immediately by reducing film strength.

This is the second most important lubricant failure mode in internal combustion engines and is usually the result of overfueling, broken or defective fuel injectors, leaking fuel/oil heat exchangers, and so on.

Fuel dilution reduces the oil’s viscosity and flash point temperatures and diminishes its load-carrying ability. A high fuel dilution over a short period of time or a moderate fuel dilution over an extended period of time can severely damage oil wetted components (bearings, gears, pistons, and so on). In addition, it promotes other failure mechanisms, including increased wear of oil wetted parts, lubricant breakdown and component seizure increased oil oxidation, sludge, and deposits, and an increase in the potential for fire or explosion due to volatile light ends.

Operating Principle
This test takes a portion of used engine oil and using an instrument called a gas chromatograph, measures the amount of fuel contained in the sample by comparing carbon chain length.  ASTM method - D92.

Significance
A high amount of fuel in the oil causes degradation and a loss of viscosity. Loss of viscosity can increase wear rates of critical parts. High fuel dilution may also indicate mechanical issues.

Application
All engine oils that are used to lubricate gasoline and diesel engines.