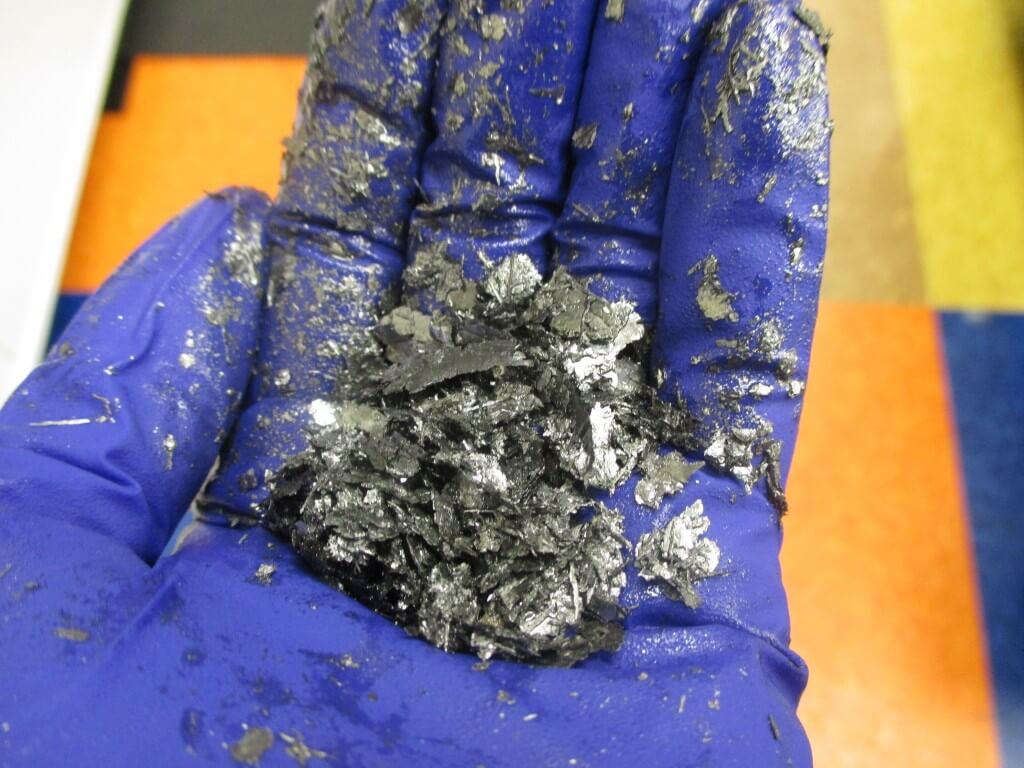 A detailed analysis of an oil sample is a valuable predictive maintenance tool. In many cases, the analysis enables identification of potential problems before a major repair is necessary, and it has the potential to reduce the frequencies of oil changes. However, there are times when the sample pulled from the system is anything but a traditional oil sample. In these cases, routine oil analysis will not answer the question at hand, and a different approach is required.

Material Identification Analysis is an in-depth investigation designed to identify the root cause of a problem or the origin of foreign material. The analysis employs various analytical and sample preparation techniques to assess the origin of the foreign material and provide recommendations for resolution.

The case studies below illustrate the power of expanding beyond routine oil analysis to identify causes of fluid degradation, mechanical problems, and the anatomy of foreign contamination.

Example Report 1 (Fluid) Example Report 2 (Filter)
Case Study #1
A wax based product was being used to coat aluminum parts. The product was melted and held in a tank before being applied to the parts via hoses and applicator blades. The applicator blades were frequently developing clogs, resulting in uneven coating of the parts. Samples of the new and used product were sent in for analysis, to see if the cause of the clogging could be determined. Analysis revealed that the product had been contaminated with calcium carbonate. It was subsequently determined that the wax product supplier had switched to a production location next to a concrete production facility, resulting in airborne particles of calcium carbonate contaminating the wax product. The product supplier was able to change back to their other production facility to resolve the issue. 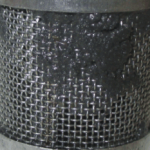 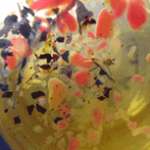 Upon pulling a lubricant sample from a gearbox technicians noticed the sample contained significant amounts of different types of contamination: a pink gel-like substance, black rubber-like particles, and hard white particles. These different types of contaminants were identified as grease, silicone rubber, and phenoxy resin. The plant was able to identify the point of grease contamination and replace a damaged seal to resolve the issue. 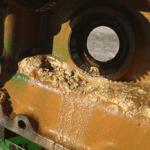 After a tractor had undergone its third hydraulic replacement the maintenance crew decided to have a sample of beige sludge analyzed. Testing was able to identify the hydraulics had been severely contaminated with fertilizer due to the presence of compounds such as urea, nitrates, and phosphates. The company was able to clean, flush and re-charge the hydraulic fluid to resume normal operation of the tractor. 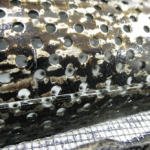 A filter covered in dark brown sludge from an EHC hydraulic system was clogging frequently. It was determined that the dark brown sludge was the result of the phosphate ester fluid severely degrading due to the presence of water. Due to the presence of certain compounds it appeared that the acid scavenging system was lacking. Improvement of the acid scavenging system may have been able to save this system. Once it was discovered the fluid had experienced severe degradation the plant had two options: flush and re-charge the system or fight an uphill battle to clean the fluid.