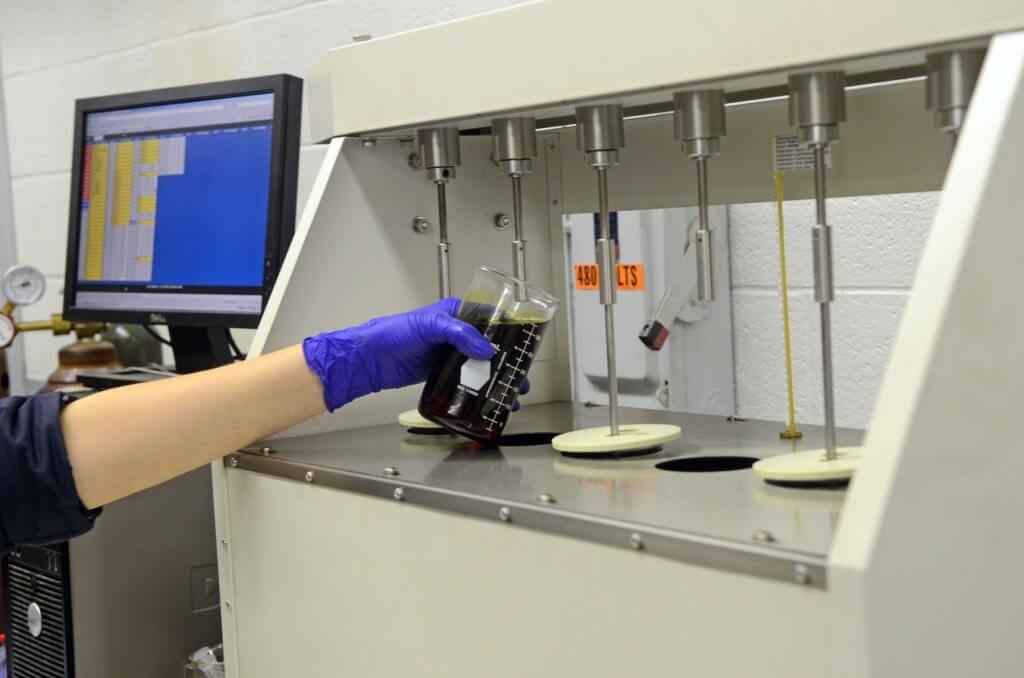 This test measures the rust preventing ability of a lubricant in the presence of water.

The Rust Preventing Characteristics Test (ASTM D665) is designed to measure the ability of industrial oils to prevent rusting under conditions of water contamination. The test can be performed with either distilled water or synthetic seawater. The test consists of stirring a mixture of 300 milliliters of the oil being tested with 30 milliliters of water, either distilled or sea water, at 140°F (60°C) for four hours. A special cylindrical steel test specimen made of #1018 cold-finished carbon steel is polished and then completely immersed in the test fluid. At the end of the four-hour test period, the specimen is removed, washed with solvent, and rated for rust.

Operating Principle
A sample of the lubricant is mixed with water and placed in a heated bath. A polished steel rod is submerged in the oil / water mixture for a predetermined length of time, typically 4 hours. The test rod is then inspected for signs of rust. This test is run in duplicate, and to be considered passing both test rods must be free of rust. ASTM method - D665

Significance
A lubricant's ability to prevent rust is crucial for systems which have significant risk of water contamination. Testing a lubricant to determine if it has the capabilities to protect against rust is vital for maintaining the health of ferrous components within the equipment. In addition, rust particles can act as oxidation catalysts and can cause abrasive wear in journal bearings.

Application
This test is used in applications that are at risk of water contamination, such as steam turbines. Testing requires at least 600ml of lubricant.